The Hitchhiker's Guide to Compression

Dynamic Markov Compression is an obscure form of compression that uses Markov chains to model the patterns represented in a file.

Markov Chains are a simple way to model the transitions between states based on a measureable probability. For example, we could use a Markov Chain to model the weather and the probability that it will become sunny if it’s already raining, or vice-versa. 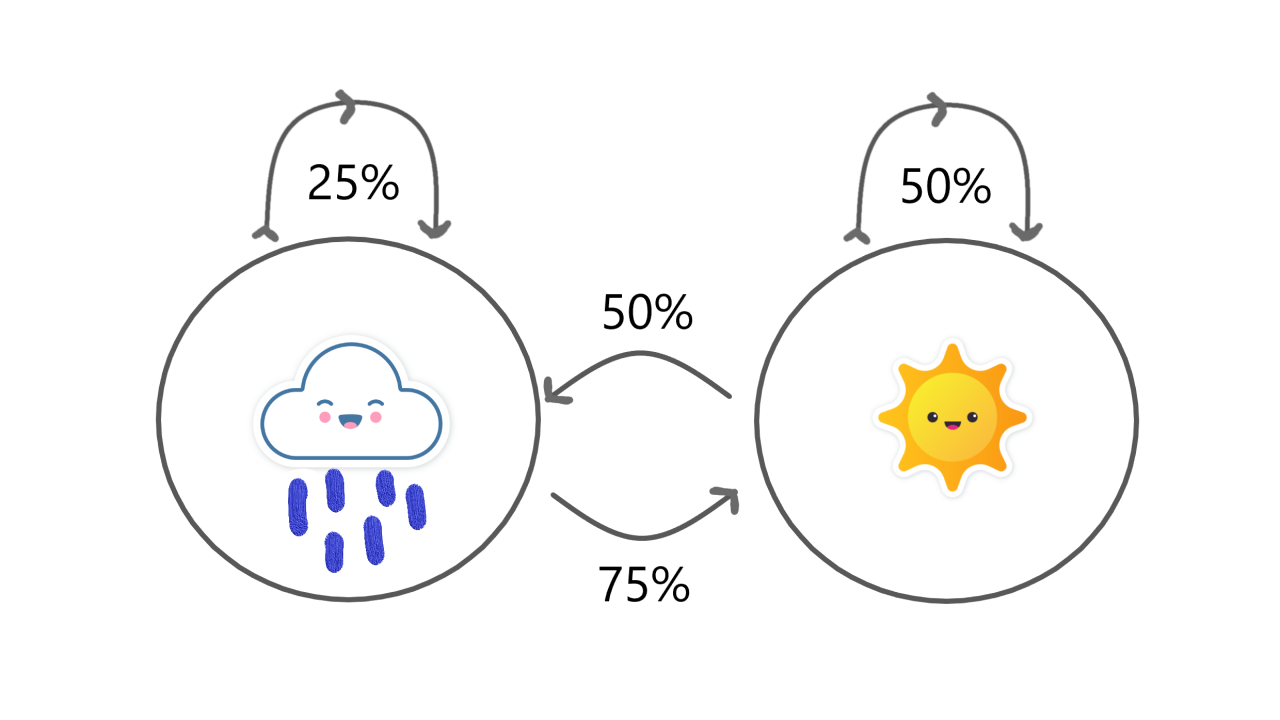 Markov Chains may sound scary but the essence of how they work is quite simple. Markov Chains are the statistical model behind a lot of the technology we use today from Google’s PageRank search algorithm to predictive text on smartphone keyboards. If you’d like to learn more, check out this wonderful article by Victor Powell and Lewis Lehe that goes into depth about how Markov Chains work. They also have a wonderful interactive demo.

Dynamic Markov Compression is a very obscure and complicated subject when it comes to implementation, and unfortunately I cannot claim to understand it well enough to explain it myself. Though, I have written a similar algorithm from my own trial-and-error that employs stateful Markov chains that model a file. You can find the source code within the Raisin project under the compressor/mcc package. This code is un-optimized and a bit messy as it exists only as a research project to learn more about DMC.

If you have a better understanding of DMC and would like to contribute to this article, we would appreciate any and all contributions!

If you’re interested in trying to implement DMC yourself or are just interested in the algorithm, here’s a few helpful resources as a jumping-off point: